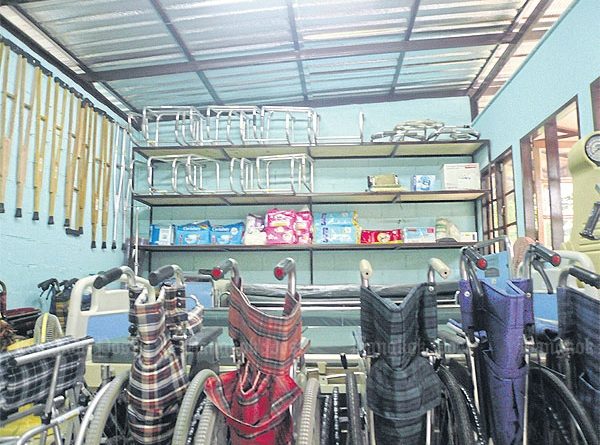 As Thailand’s society ages, with about 10 million of the population over retirement age, the government is rolling out functional measures and schemes to provide better welfare and care for the elderly. 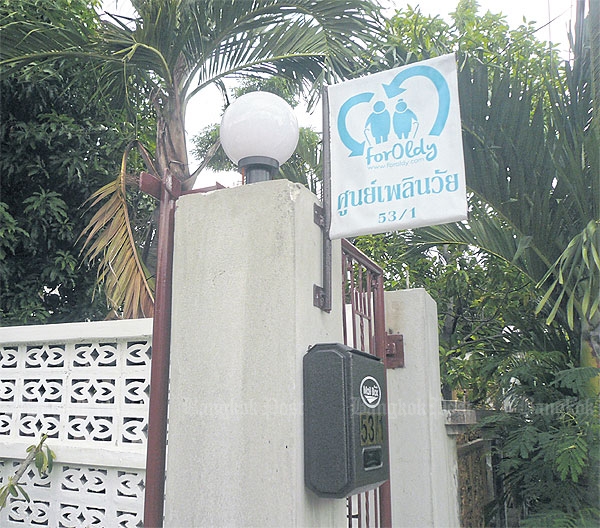 A grim reality has set in for many elderly people about how to keep up in this fast-paced world. To make matters worse, many of them have found that their adult children upon whom they rely for financial support are out of work as the once live-wire economy begins to slow.

Most of them live off the meagre state pension which barely covers their daily expenses or, more importantly, their medical needs.

As the elderly grow increasingly frail, their medical bills become ever more costly.

Helping to ease their financial burden is a little-known social enterprise which has been set up in a one-storey building in Soi Ram Intra 58 in Bangkok’s Kannayao district.

At first glance, passers-by often mistake the place for a nursing home with the signboard Soon Ploen Wai (elders’ space) out front.

It is in fact a centre that functions as a social enterprise which procures, sells and leases to the elderly second-hand medical equipment at reasonable prices as well as holding activities to improve the lives of older people. 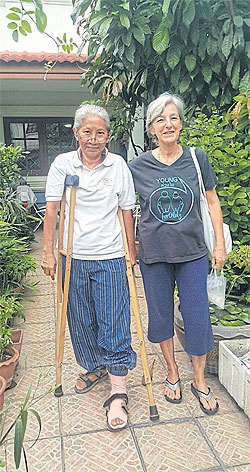 Visitors to Soon Ploen Wai walk home with crutches which are made available at cheap prices or can be rented.

Ms Oranuch explains the elderly need all the assistance they can get to live happily and peacefully after their retirement.

Soon Ploen Wai was established in April last year. The office is partitioned into three sections: an administrative and clerical unit; a shop called Khun Ta Khun Yai (grandfather and grandmother) selling or renting medical sundries for the elderly; and a warehouse for storing used large medical equipment including commode chairs, patient beds and wheelchairs.

The centre has a common area for organising various events such as parties on special occasions and training courses to educate volunteers on how to deliver nursing care for the elderly.

An open area at the back of the building is used for cleaning and sanitising the second-hand medical equipment obtained through purchases or donations, she said.

The centre also provides medical equipment on short-term rent, plus seeks out donors who can help with financing long-term leasing of equipment for people with minimal financial resources.

The idea is to sell or rent equipment to older people who have the means to pay something, but are not rich. The money is then used to procure more second-hand equipment which can be donated to those who cannot afford it.

Ms Oranuch said medical products and equipment for the elderly, such as walking sticks, wheelchairs and patient beds, are steeply priced when new and are out of reach for most.

However, with used medical equipment made available either through purchase or lease at affordable prices, elderly people, particularly those with little in the way of pension income, will enjoy greater mobility.

Some older people pay rental fees by instalment as they are unable to pay all of the amount at once.

Ms Oranuch said the average age of the elders who receive service from the centre is 65. Most have an income of less than 30,000 baht and need financial support from their families.

The second-hand products on sale or put up for rent are in good condition because they undergo meticulous cleaning and repair before being displayed in the shop. 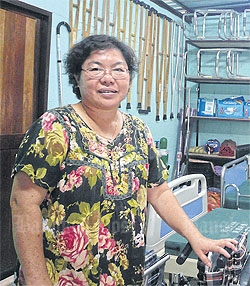 From her experience working with the elderly over several years, Ms Oranuch said physical strength ebbs with time and they become frail. They start using a walking stick and later become confined to wheelchairs, while many end up bed-ridden.

She remembers an elderly visitor to the centre who suffered from paralysis and cerebral atrophy. After leaving hospital, he was in a terrible condition because his after-care was poor.

Unable to afford a costly therapeutic bed, the man, who requires a breathing aid, was forced to lie down on a shabby mat on the hard floor at home.

ForOldy later leased out a bed to the man, which made his living conditions more tolerable.

The centre also sends volunteers on house calls to the elderly who obtain medical equipment, and their job is to attend to their more urgent needs, Ms Oranuch said.

The volunteers undergo a training course on nursing the elderly. They are later sent to visit families which have elderly members to see that they are being properly cared for physically and mentally.

Ms Oranuch said part of the shop’s revenue, mainly from wheelchair and bed rentals, is spent on recruiting volunteers.

However the centre comes up short in having a sustainable income. Therefore, fundraising activities such as the sale of souvenirs and T-shirts are organised from time to time.

Despite the difficulties and the arduous task of running the centre, Ms Oranuch takes pleasure from the satisfaction she gets from the job.

“From the first day of the centre’s establishment there have been so many touching incidents. One elder returned his medical equipment along with a kilogramme of pla salit [snake-skin gourami].”

Ms Oranuch said this proves the relationship between the elderly and the centre goes well beyond any commercial profit.

“A sense of satisfaction and fulfillment washes over me during work, and it keeps coming,” she said.

She is in the process of asking the Thai Social Enterprise Office to register the Khun Ta Khun Yai shop as a social enterprise.

In her view, an NGO-style management is not suited to working with the elderly due to restrictive requirements, including securing finances from funding agencies, which can be a burden with red tape. Each activity also has to be organised in accordance with conditions stipulated in budget proposals from the agencies, and that can hamper project management.

“We won’t use the older people as tools to achieve our goal,” Ms Oranuch insists.

The centre, meanwhile, continues to appeal for donations of second-hand medical equipment for the elderly. 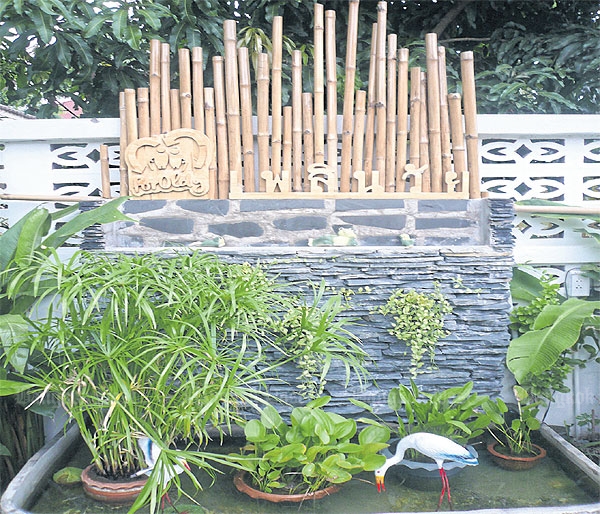 Peace and relaxation in a secluded corner of the centre. 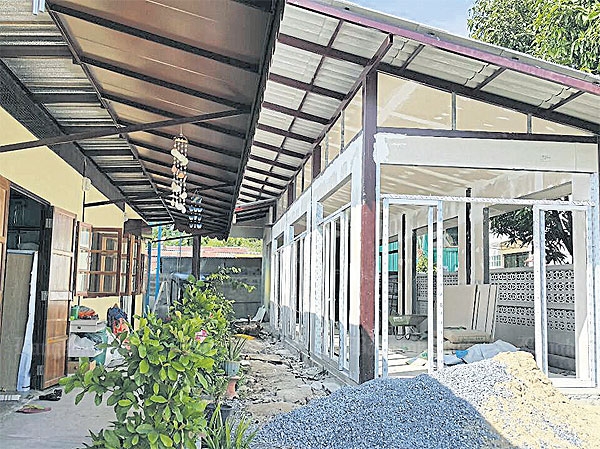 The centre is being extended as more elderly visit it in search of affordable medical equipment. A storeroom is stocked with used and reconditioned medical equipment and products, ready for sale or rent. 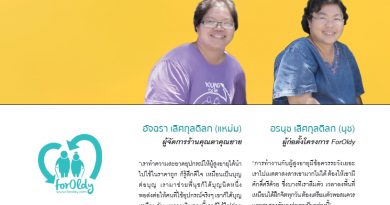 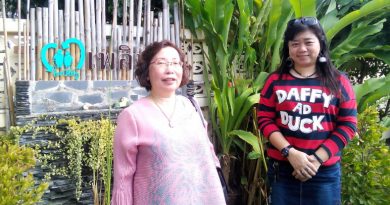